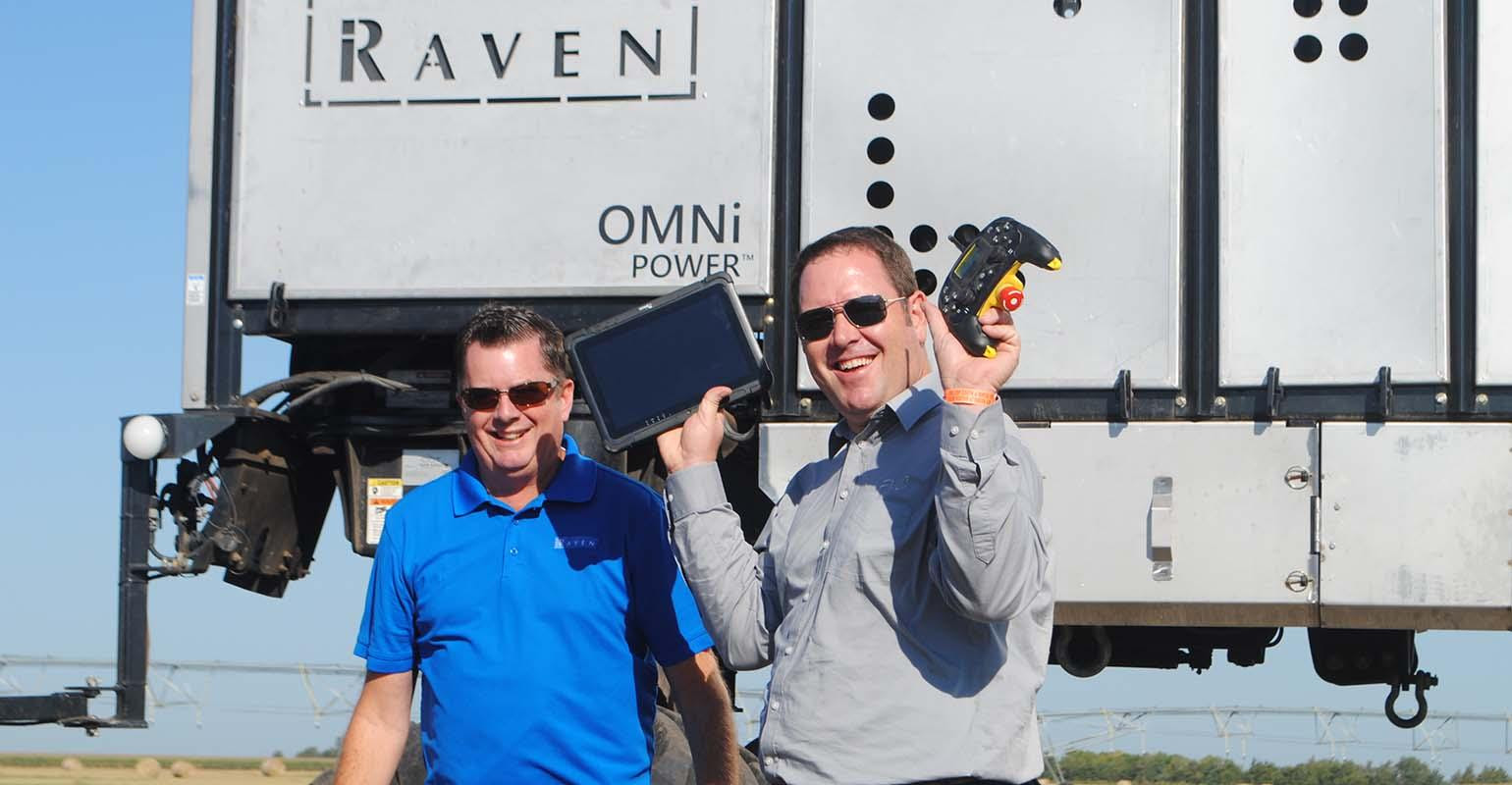 Ben Sauder, right, takes possession of the first OMNiPOWER™ autonomous machine to be sold in the United States. Paul Welbig, Director of Sales at Raven, left, turned the machine over to Sauder during Husker Harvest Days.
The move to fully automated equipment at work in the field is advancing, and the process took a big step during Husker Harvest Days in Grand Island, Neb. That's when Frenchman Valley Coop, based in Imperial, Neb., took possession of aRaven OMNiPOWER automated machineto put to work for the organization. It's the the first OMNiPOWER machine to be sold in the U.S.

"We're always trying to look for more efficient ways to take care of our growers," says Ben Sauder, vice president of agronomy at Frenchman Valley Coop. "This [machine] can run 24 hours a day. We can get more done, less trips across the field."

Paul Welbig, director of sales at Raven, turned the machine over to Sauder during a "handing over the tablet" ceremony Sept. 16 at Husker Harvest Days. Sauder says younger farmers were "giddy" about the technology and being able to run it.

OMNiPOWER is a self-propelled power platform that easily interchanges with farm implements, allowing the ag professional to perform multiple farm tasks in all the growing seasons. The farmer launches missions in autonomous mode or can also control directly from the tablet. In either instance, no driver is necessary. Currently, OMNiPOWER has interchangeable implements for spreading and spraying.

Raven's DOT platform was rebranded to OMNiPOWER in May 2021. See the technology at work in this video.