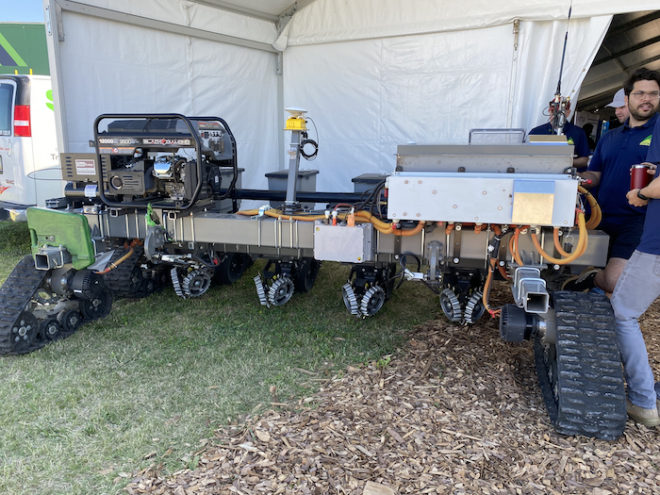 Salin 247 presents their prototype small scale, fully autonomous electric planter. Thanks to its 10kw battery, the planter is capable of running continuously for more than an 1 hour per charge, while reducing compaction and maintaining soil health. While the prototype is a hybrid model allowing for up to 12 hours with its gas generator, the ultimate goal is a fully electric, battery powered planter.

Join our community for unlimited access to the latest tips, news and information.

Start with these information-packed articles hand-picked by our editors:

33 Tips for Turning Billable Service Into Recurring Precision Revenue
Providing reliable service is a source of pride for dealers, but recouping a reasonable return on their time remains a challenge.

20 Employee Training & Retention Tips for Precision Ag Staff
A diverse group of dealers divulge their secrets to motivating new employees, making the most of training opportunities and why an ‘open book’ approach can be a competitive advantage.

Talking today about AMVAC’s SIMPAS system which is taking prescription application to a new level. Retailers and farmers got an up-close look at the new technology during a special summit in Rockford, Illinois this past week. 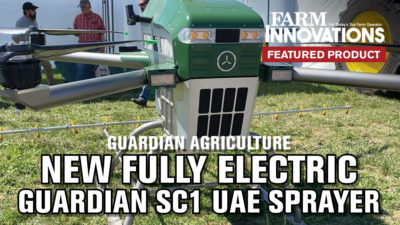 Introducing the new Guardian SC1, an autonomous, unmanned aerial sprayer from Guardian Agriculture. This all electric machine can carry a 50 gallon payload while covering approximately 40 acres in a day, with minimal downtime due to its battery power. Employing a Swiss army knife approach to drone application, the SC1 can spray a variety of crop types across seasons without being limited like other ground based sprayers. 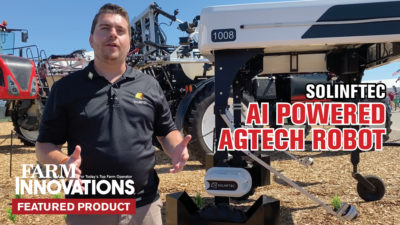 Solinftec introduces their newest AgTech scouting robot, powered by artificial intelligence. The automated machine will scan the crops and record their growth rates, plant health the prevalence of any weeds, collecting all this information to allow the grower to make educated decisions about their fields. The robot is suited for farms around 500 acres in size and works best with several types of row crops including corn, soybeans, cotton, wheat, canola and many others. 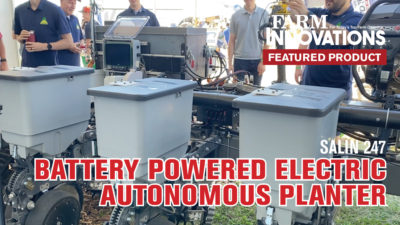 Salin 247 presents their prototype small scale, fully autonomous electric planter. Thanks to its 10kw battery, the planter is capable of running continuously for more than an 1 hour per charge, while reducing compaction and maintaining soil health. While the prototype is a hybrid model allowing for up to 12 hours with its gas generator, the ultimate goal is a fully electric, battery powered planter.
View More

From the Virtual Terminal

In today’s episode of the Precision Farming Dealer podcast, you’ll hear Joani Woelfel, president and CEO of the Far West Equipment Dealers Association, talk about the ongoing regulatory battle over autonomous tractors and what needs to be done to change the rules in California.

Based on surveys from more than 300 North American dealers, not only does the 2016 Dealer Business Outlook & Trends forecast report give you a "from the trenches" look at what dealers see for equipment sales in the year ahead, but it also identifies trends for individual product sales growth. In 48 pages, the report breaks out the dealers' 2016 outlook by country, by region, by the equipment brand and by the size of their dealership. Learn more.

Precision Farming Dealer is the dealer’s source for precision farming technologies and their application. Dedicated to best practices for selling, servicing and supporting precision farming and the equipment that relies on precision technology. Paid print subscription.
Visit Store