Gaining an Early Appreciation for the Benefits of Precision Farming

Tyler Lund: My father, Eric, worked for Great Plains for a while, and as he transitioned out of that, he saw GPS technology becoming available in ag. It had just been made available to the public, and folks were wanting to understand their variability across their fields, so he combined some soil sensors with GPS and created some soil mapping equipment. That was in 1996, and 20 some years later, here we are, still trying to
understand soil.

I left Salina, Kan., to get an education in business and political science in the Twin Cities. I was able to keep my interest close to ag and made my way back to the family farm where I work alongside my father as the director of sales and marketing for Veris Technologies, the makers of the Veris cart.

Jayme Paquin: I spent my early days on the family farm in Herman, Minn., bouncing around on an 1855 Oliver tractor that was delivered with an FM radio. The first thing my grandfather did was cut the radio to the speaker wires. He said, “you don’t need a radio in a tractor.”

Fast-forward to my first experience with GPS, I farmed with my in-laws and thought, “this is crazy.” I could see the return right away, the efficiencies that were gained. I experienced that firsthand. In 2010, I started my career with Reichhardt Electronic Innovations. I’ve just been on a fun journey for the last 10 years.

Lund: I remember when I was 13 or 14, sitting in the tractor getting bored, and one evening I snuck into the barn and installed a platform and put one of those TVs with the VHS player in the tractor so that I could watch movies while I’m discing with the original auto-steer — my legs and my knees. 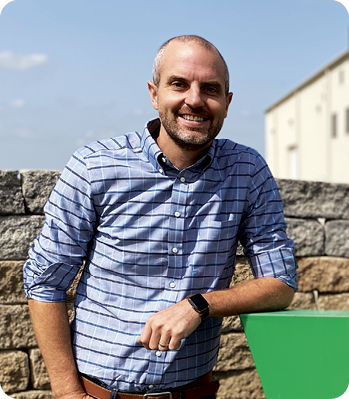 “Traditionally, soil mapping has been reserved for the crop advisor or local agronomist, but I’m working to change that because a seed dealer wants to create a better prescription, so they’ll map for that customer…” –Tyler Lund

Getting Farmers Addicted to Data

Lund: Our family farm is 5 miles from Veris’ headquarters, in Salina, and we’re able to test out sensors and different ways of treating soils. I recall my introduction to soil variability when my grandfather pointed out an alkaline spot in the field. He would say, “On that end of the field, there’s an alkaline spot. You’re going to have to downshift, it’s tighter soil.”

It occurred to me at the time, there’s something that’s causing this, and if we’re putting the same amount of inputs across this whole field and getting a different amount of output, can we better optimize that? My grandpa never did anything about that alkaline spot, he just knew it
was there.

Paquin: I’ve had that conversation with my father-in-law, who’s been farming the same land for the better part of 50-plus years. He knows the soil because he’s grown up on it, just like you were talking about your grandfather. He says, “I don’t need a map to tell me that. I know where I need to apply less nitrogen or I need to add more.” But they’re not doing it to the detail that the technology can now bring. My in-laws have since come around and now my brother-in-law is using harvest data for prescription maps.

Lund: Traditionally, soil mapping has been reserved for the crop advisor or local agronomist, but I’m working to change that because a seed dealer wants to create a better prescription, so they’ll map for that customer. There are questions about the technology, but if they understand they need to create maps to identify their variations, then they’re accepting of the idea that they’re going to pay someone to come on to their field and do work and
mapping it.

I’m used to paying someone to spray, do tile work and get my dirt on their boots. I think farmers will pay for these services once they’ve experienced the benefits because they start to get addicted to that data and that resolution of the map, and after that first field it definitely gets easier. 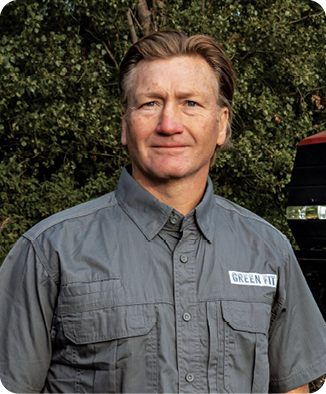 The Evolution of Tractor Implement Management

Lund: We are now seeing opportunity and need to help with these implements that have a lot of settings, a lot of adjustments, vertical tilt. All of those settings need some sort of input to optimize the setting, right? Now it’s someone in the cab who’s listening, seeing, sensing how to adjust it, which is OK as long as it’s the owner-operator who really knows what
he’s doing.

Paquin: Ultimately, your tool, whether it’s a baler or a planter unit, is going to communicate back to the tractor if there’s a heavy load and whether it needs to increase the RPM. That’s the direction we’re seeing things moving. Tractor Implement Management, is abbreviated as TIM, are you familiar with that Tyler?

Lund: I’d like to be educated. In our opinion, a soil sensor needs to say, the reason we have a significant load is we’re getting into some wet clay. The planter is going to have trouble going through that, so the adjustment would be to raise the implement, change the gang angle, or do something to adjust the implement agronomically to have the best outcome in addition to maybe needing to change RPM.

Paquin: Exactly. One input can start a sequence of events that have to take place and they have to happen quickly.

Lund: We’ve moved to take our sensors and integrate them into implements, field cultivators, vertical tillage tools, planters and relay that data in real-time to the cab. We want to build and integrate those into automated decisions. Right now, it’s alerting and alarming the operator.

Not for post processing a management zones, as much as in-cab, real-time decisions. We have to decide when we read this in the field, and we want to apply it, what the logic is. We can embed that logic and those algorithms into the equipment. TIM sounds new today, but in a few years, people will claim there was a time when they didn’t knew what it was.

Paquin: We are fortunately in a position that we know a lot about it. We don’t want to get involved with the decision-making process of the end user, we want them to have the freedom to do that because ultimately, our philosophy is we want the end user to be able to make the choice that they want to make. I believe the ISO strategy is going to be a great direction to turn in because our nav controller can have a user interface on any virtual terminal or user terminal as long as it meets the ISO standards.

8 of the Most Compatible ISOBUS Functionalities for Precision Farming