Getting Ahead of Early Order Opportunities to Avoid Last-Minute Anxiety, Delays

By Jack Zemlicka posted on March 24, 2021 | Posted in Precision Sales

Feeling the pressure of trying to fulfill parts orders prior to spring planting, dealers are proactively planning revisions to how they stock and sell pre-season equipment.

Pictured Above: Like many dealers, Pete Youngblut, owner of Youngblut Ag in Dysart, Iowa, is anxiously awaiting the arrival of key parts ahead of spring planting. But the pressure is also pushing dealers to launch more aggressive early order programs this summer.

With wrenches turning in service bays in preparation for spring planting, dealers and farmers are well into their annual routine of row unit maintenance, seed meter calibration and prescription loading.

But Mother Nature isn’t the only source of anxiety when it comes to maximizing the window of opportunity for getting crops planted this spring. Availability of common planter parts and precision components has been an ongoing headache for farmers, dealers and manufacturers largely due to the global production delays caused by the COVID-19 pandemic.

Turnaround time from ordering to delivery has increased from days to months in some cases, forcing dealers into difficult, but necessary, conversations with customers.

“It’s looking like dealers, myself included, will be in a very tight spot with spring coming quickly and products being back ordered until the very last second,” says Pete Youngblut, owner of Youngblut Ag in Dysart, Iowa.

In some cases, dealers have informed customers that essential planter parts ordered well in advance of this spring, may not arrive until June, at the earliest. As uncomfortable as those calls some dealers are making to farmers are now, there could be a silver lining.

Rebounding commodity prices are a positive sign that farmers could have an appetite and financial flexibility to take advantage of attractive early-order programs offered this summer. A recent dealer poll on Farm-Equipment.com revealed that 85% of respondents were at least considering offering early order precision parts programs to customers, and 55% definitely see an opportunity to capitalize on customer demand.

“Dealers have a real opportunity to convince customers that before they put the planter away for the season this year, get that part or attachment added first, especially after the experience many of us have had this year,” says Tim Norris, who farms about 1,000 acres near Mount Vernon, Ohio, and also co-owns Box Concepts Consulting LLC.

Norris says it took about 2 months to get replacement hubs and bearings this spring for his Kinze 12/23 planter — parts which typically would take days to order and receive in a typical year.

As the former CEO of Ag Info Tech, Precision Farming Dealer’s 2015 Most Valuable Dealership, Norris says dealers have good leverage for selling customers on the value of pre-ordering planter parts and technology this year. “One part can hold up planting and the reality is that there is a chain-reaction from the grower all the way up to the manufacturer which costs everyone time and money.”

Some dealers have already placed orders to increase inventory into the summer and early fall, in response to increased demand and expectation that customers will be in a buying mood after spring. 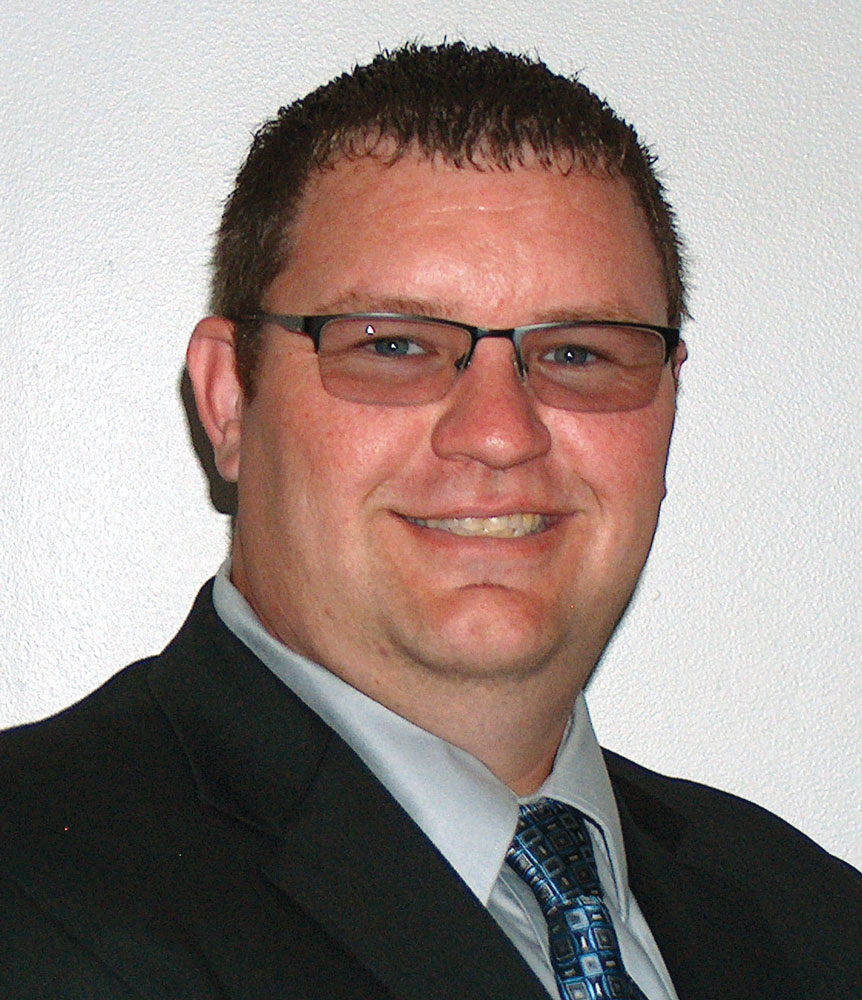 “The commodity markets have exploded far beyond our expectations…” – Adam Gittins, HTS Ag

HTS Ag, an independent precision dealership in Harlan, Iowa, has been tracking supply and demand trends for equipment ordering for the last 10 years, to efficiently manage annual inventory. Typically, the dealership places a large equipment order in November based on the anticipated need through at least spring of the following year.

While there are minor fluctuations, month-to-month, the data is historically reliable in forecasting future need, says Adam Gittins, general manager at HTS Ag. But the disruptions to the supply chain dating back to early 2020, have impacted inventory projections for the dealership.

“We are going to get caught short this year,” Gittins says. “The commodity markets have exploded far beyond our expectations. So our forecast, although we do a pretty decent job of it, is low compared to what we’re seeing our actual burn rate with inventory.”

In anticipation of an expected dearth of in-demand inventory, HTS placed a February re-order with Ag Leader Technology — a highly rare, but necessary action, according to Gittins. Typically, the dealership would carry enough inventory to last through May 1, and order inventory on an as-needed basis until fall.

“Typically, we are keeping inventory pretty low during the summer months, and we don’t normally stock inventory year round, at least not in large volumes, but we’re able to ramp up based on when we expect to sell,” he says. “We’ll try and stay a little bit ahead and make sure we have some of those critical pieces because when the customer is ready to buy and you don’t have it, sometimes that can disrupt the sales cycle, and it’s really hard to jumpstart it again.”

Specifically, Gittins sees early order opportunity with planter systems for 2022 and a direct way to pencil out return on investment for customers. When corn was close to $3 per bushel, adding up the value of a five-figure expense on new planter technology like a new metering system or down force package was harder sell.

“When it was 3-5 additional bushels of $3 corn, that’s not something customer’s would get real excited about,” Gittins says. “The same math at $5 corn, we’re talking closer to $25 per acre and that makes it a more appealing investment.”

Joe Sinkula, Integrated Solutions manager with Riesterer & Schnell, a 12-location John Deere dealership based in Wisconsin, says they’ve sold out of displays and receivers for spring, and any additional orders will come after planting.

“From my conversation with Deere, the delay has less to do with the pandemic and more to do with demand. My store in Pulaski, Wis., has sold as much in the last 90 days as we did in all of 2018 and that is a common theme throughout the country,” Sinkula said in mid-February. “Part of it is the retirement of Deere’s Starfire ITC GPS receivers as of Jan. 1, increasing new sales of SF6000 receivers. But more has come from customers taking advantage of the higher-than-expected commodity prices and government COVID-19 relief money to upgrade their precision ag equipment.”

Should commodity prices maintain upward momentum, he does see potential to be more aggressive with early order promotions, based on experience and the success farmers have in getting crops planted in a timely manner this spring.

“The last time we had commodity prices this high, we didn’t make it out of July before we were sold out of planters for the following spring,” Sinkula says. “I could see that repeating itself this year if we have a good spring in the Midwest. AMS hardware is very typically a winter purchase, but I think that we will get customers to purchase more in the November/December timeframe instead of waiting until the middle of February and being surprised that we are essentially sold out for spring like we were this year.”

5 Ways to Work through Parts Delays: Lessons Learned Outside of Ag

While the ag industry wrestles with delays and disruptions to its distribution model, other industries are also navigating challenges to meet current and future customer demand.

While causes are consistent to what the ag industry is encountering — “just-in-time” manufacturing practices where one piece gets delayed by the pandemic, shipping delays due to a shortage of trucking capacity or ocean freight disruptions — Henderson identifies 5 observations for how to work through the delays.

Rethinking the ‘Just in Time’ Mentality

Youngblut expects some manufacturers to offer discounts earlier than usual to encourage dealers to increase inventory in anticipation of higher customer demand. He reached a point in late winter where new orders dried up with his equipment suppliers backordered until April.

“That killed a lot of sales that are normally made in the last half of February and early March,” he says.

While Youngblut has seen a recent rebound in sales, he is cautiously optimistic and anticipates a change in the current parts purchasing model between dealers and manufacturers.

“The hard part with this is that we then bear the cost of carrying those goods on the shelf while the vendor gets paid,” he says. “I think we are looking at a bit of a shift in how things operate in the ag business space and that the paperwork side will be much faster and product will be a bit slower as opposed to the work first, pay later approach that we are all accustom to.”

Manufacturers agree that operating with razor thin timelines for order and delivery of parts has been problematic, especially during the last year-plus.

“The cost of just-in-time arrival of goods is rearing its head and the efficiencies gained,” says Harlan Little, OEM business development manager with Topcon Agriculture. “The cost of handling some inventory and holding some additional pieces in our pipeline is in reality, far less than the ultimate loss of revenue from not having product to sell.

“There is that balance of how many inventory turns in all the numbers you can run from a management standpoint, and that goes stale on you on when the revenue number isn’t increasing. There’s got to be that sale in order to do it.” 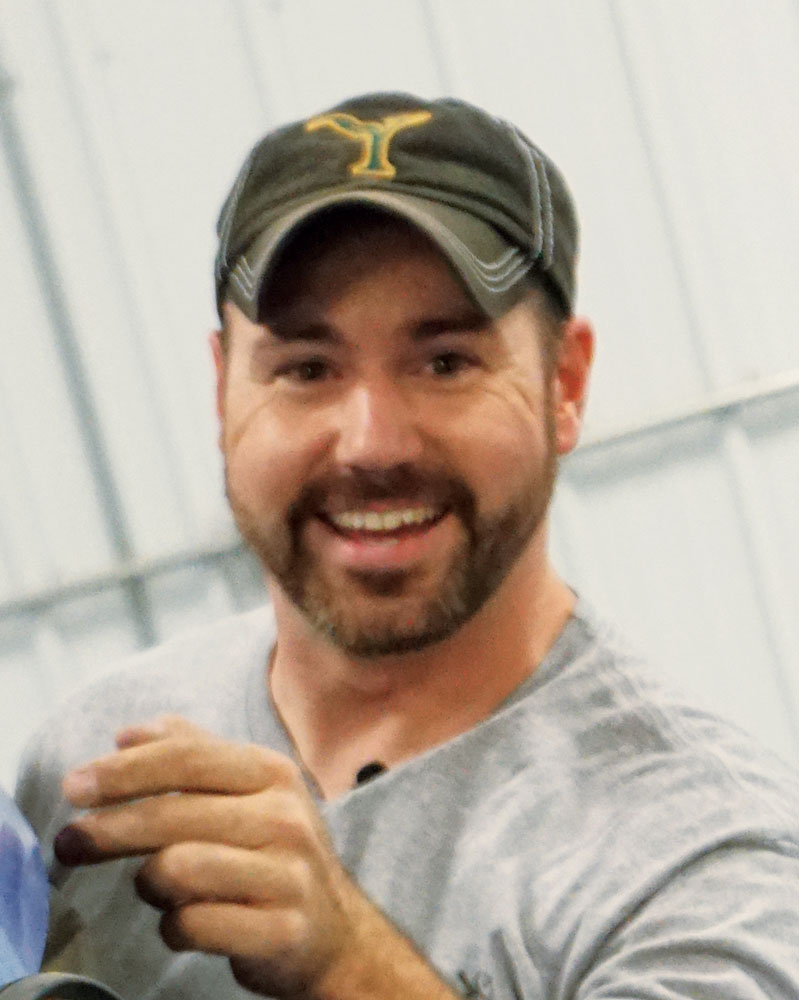 “When customers realize that they really do have to get ahead by months instead of just a few weeks, they start to move quicker and this makes business much easier…” – Pete Youngblut, Youngblut Ag

Little adds that dealers are likely rationalizing short-term equipment needs and there is some “panic buying” going on in response to the anxiety heading into spring planning. But he also says dealers need to be thinking longer-term than just 2021.

“What the industry is experiencing now with the disruption to the supply chain is going to be a game changer for a longer period of time, and I would expect how often and how much inventory dealers stock will be re-
evaluated,” Little says.

From their end, Little says Topcon is looking to stretch out the ordering process with dealers vs. a one or two-time large volume stocking that leaves little wiggle room if delays occur.

With April starting the company’s new fiscal year, Little says Topcon is looking to incentivize more frequent orders among is dealer network. “Then they get a little more of a discount and they continue to grow and it really gets to be a repetitive thing instead of the traditional buy everything at one time of the year and then sell off the shelves until they are empty, then 9 months later do it again.”

During the next few months dealers are planning to be assertive in trying to convert early order opportunities prior to customers putting their planters away for the season.

The harsh lessons learned heading into this spring are ones which Youngblut plans to leverage in getting customers to consider widening their ordering timeline of new or replacement parts and technology.

“I’ll plan to stock more product, especially with a new location that’s just up and running. I’ll have added space and flow to keep product on hand, allowing things to move much quicker from quote to purchase to install and payment,” he says. “When customers realize that they really do have to get ahead by months instead of just a few weeks, they start to move quicker and this makes business much easier.”

Jack Zemlicka is the Managing Editor for Precision Farming Dealer. Since he joined Lessiter Media's Ag Division in 2012, he has covered precision farming practices, products and trends. He also serves as managing editor of Strip-Till Farmer, and technology editor of Farm Equipment and No-Till Farmer. Contact: jzemlicka@lessitermedia.com.

Ahead of the Curve: Dynamic Pricing Will Change Ag Retail