By Ian Gronau posted on April 21, 2015 | Posted in Dealer Development

Pictured Above: Holland & Son’s in Princeton, Ill., uses intimate pre-season precision roundtable meetings across their 5 locations to help get their customers plan ahead for planting season.

For precision specialists across the country, the busy season is officially here. One strategy integrated solutions consultants Gregg Pearson and Andrew Pierson at

Holland & Son’s in Princeton, Ill., use to help reduce the surge of service calls during planting is to hold a series of roundtable technology discussions with their customers.

“We’ve been doing technology meetings for probably 10 years or better, but early on they were more sales-oriented meetings,” says Pearson. “Now we do a lot more of the pre-season preparedness routines related to our field mapping program and things like that.”

Running the informal roundtables is a responsibility shared across the 5 full-time and 3 part-time precision specialists that the 5-location John Deere dealership shares. They stagger the schedule throughout March at each one of their Illinois locations so they can support one another — trying to have at least three specialists at a given location during the roundtables.

Holland & Sons used to charge for the roundtable discussions and the one-on-one attention that farmers received, but they have since adapted the meetings to be part of their overall service package. Although they encourage all of their customers to attend, whether or not they are currently having technical issues, the specialists remind customers that there is a monetary value attached to the consultation.

“We’re treating it more like a customer service,” says Pierson. “We have our annual support agreement now, so if customers need our help and have paid for a year’s worth of our service, these tie into that.”

Holland & Sons promotes the roundtables as a $200 value service that the dealership will provide for free if customers RSVP and attend one of the sessions. This is a casual, but important, reminder that can help both the farmer and dealer justify the expense of a service program.

While the roundtables are centered on education and training, they are also an effective way to make customers aware of what’s on the horizon or new in a given year. Holland & Sons focused on Apex, John Deere’s farm management software, and MyJohnDeere.com this March. 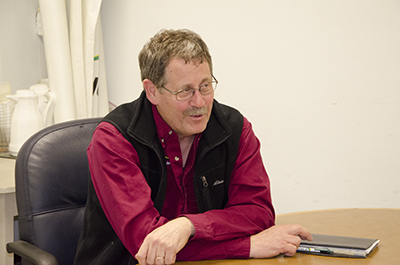 “The roundtables get the customers focused on what’s coming so we’re not getting those phone calls from the edge of the field in April when the planter is ready to go…” — Gregg Pearson.

“Farmers may only use certain technology for a couple weeks in the spring and a few months in the fall, so these roundtables are a refresher course for some of them,” says Pierson. “We’ll also go through data cleanups if they need it, get all the equipment set-up files installed and load any updates. Sometimes they even bring in their displays and we get them ready to just plug back in to the tractor and go.”

Pearson says that the sessions have been helpful to get customers into the preparation mindset, which saves time in the long run.

“The roundtables get the customers focused on what’s coming so we’re not getting those phone calls from the edge of the field in April when the planter ready to go asking if there is something they needed to do to their display before starting,” he says. “Customers are used to it, but it’s not always the first thing they think about.”

Boosting roundtable participation can be tricky, but Pierson says that he spreads the word with flyers at the dealership, a newsletter circulated among customers and word-of-mouth. He admits that sometimes attendance can be slim, but the opportunity for contact ahead of planting is valuable for all the small, potentially time-consuming issues it weeds out.

"For some of the roundtables we’ll only end up with about 5-10 attendees,” says Pierson. “Sometimes the meetings give rise to other questions and you might have to go out and do a one-on-one anyway, but each issue you take care of when you have time, is one you won’t have to do when you don’t.”

In The Field: Keeping Up With the Next Generation of Farmer