For the first time in 5 years, dealers did not exceed higher-end growth projections in 2019, and forecast more conservative growth in 2020.

Problem solving is often the linchpin of a dealership’s precision farming business. The last couple of years have tested the abilities of precision teams to overcome ongoing economic — and more recently — social challenges to maintain, if not grow revenue.

The results of the eighth annual Precision Farming Dealer benchmark study — with contributions from dozens of farm equipment dealers, input retailers and independent precision companies — trend toward a conservative reality and a cautious outlook for the majority of respondents.

The 2020 data — collected during the first and second quarters — reflect the influence of an inconsistent ag economy, further complicated by the impact of the global coronavirus pandemic on dealerships’ precision revenue.

Says one major line precision dealer from Wisconsin, “After COVID-19 and what that will bring, the next biggest challenge will be keeping a remote staff engaged as we transition from a department that ‘does’ to a department that ‘supports others in doing.’ We can’t continue to support the legacy equipment and learn everything there is to know about new equipment.

“However, many of the best on my team are ‘learn then do’ people, not teachers, but I need them to be as excited to teach as they were to learn.”

Comparing responses gathered from 24 different states, Canada and overseas, about 19% of dealers reported precision revenue growth of 8% or more in 2019, nearly on par with the 20% who forecasted this level in last year’s report.

While close to meeting projections, 2019 marked the first time in 5 years that dealers didn’t exceed their higher-end revenue expectations. In last year’s report, 28% of dealers reported precision revenue growth of 8% or more in 2018, slightly ahead of the 26% forecasted.

The most significant change came in the reported revenue declines in 2019, compared to initial projections. More than 14% of respondents to the 2020 benchmark study indicated at least a 2% decline in 2019 precision revenue, about double the forecast from that year’s report.

Farm Equipment Dealers. A further breakdown of 2019 revenue showed that the majority of farm equipment dealers went into the year with high revenue hopes. About 60% projected precision growth of at least 2% in 2019, including 17% who forecasted growth of 8% or more. 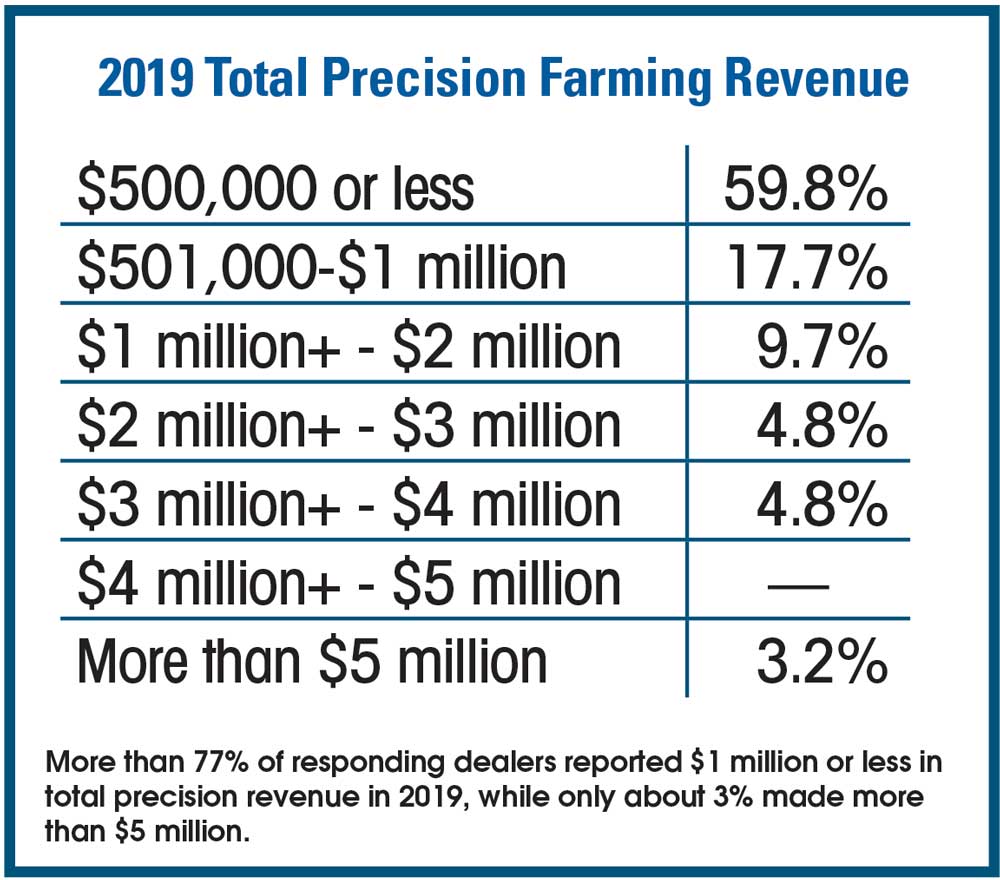 Putting the 2019 totals in historical perspective, the year-to-year changes aren’t as dramatic and could reflect a market adjustment after several years of dealers exceeding higher-end precision revenue projections.

This continues an increasingly conservative revenue outlook going back the last 3 years. Some 37% of dealers expect little or no change in 2020 revenue, while about 16% forecast revenue declines of at least 2% — the highest total in the history of the benchmark study.

However, some dealers reported strong starts to 2020. Layne Richins, precision ag manager with Stotz Equipment, a 25-store John Deere dealership, noted this spring that the dealership was about 25% ahead on
precision sales.

Other dealers have pointed to renewed emphasis and opportunity with remote service in the age of social distancing and the value of diagnosing technical problems without having to physically be on a customer’s farm.

Arlin Sorensen, founder HTS Ag, an independent precision farming dealership in Harlan, Iowa, suggests aspects of how dealerships do business and operate will be forever changed — in some cases for the better — as a result of their experience adapting to COVID-19.

“Change is going to be survival,” he says. “Two months ago, how many companies would have never thought they’d be able to run an efficient business with employees working from home? Today, they’re seeing that it can run pretty well and I think even within dealerships, we’ll see some rethinking of workforces and how services are delivered and where they are delivered from.”

Farm Equipment Dealer Outlook. Consistent with the broader dealership revenue outlook for 2020, some 46% of farm equipment dealers forecast revenue growth of at least 2%, including 11% projecting an increase of 8% or more. 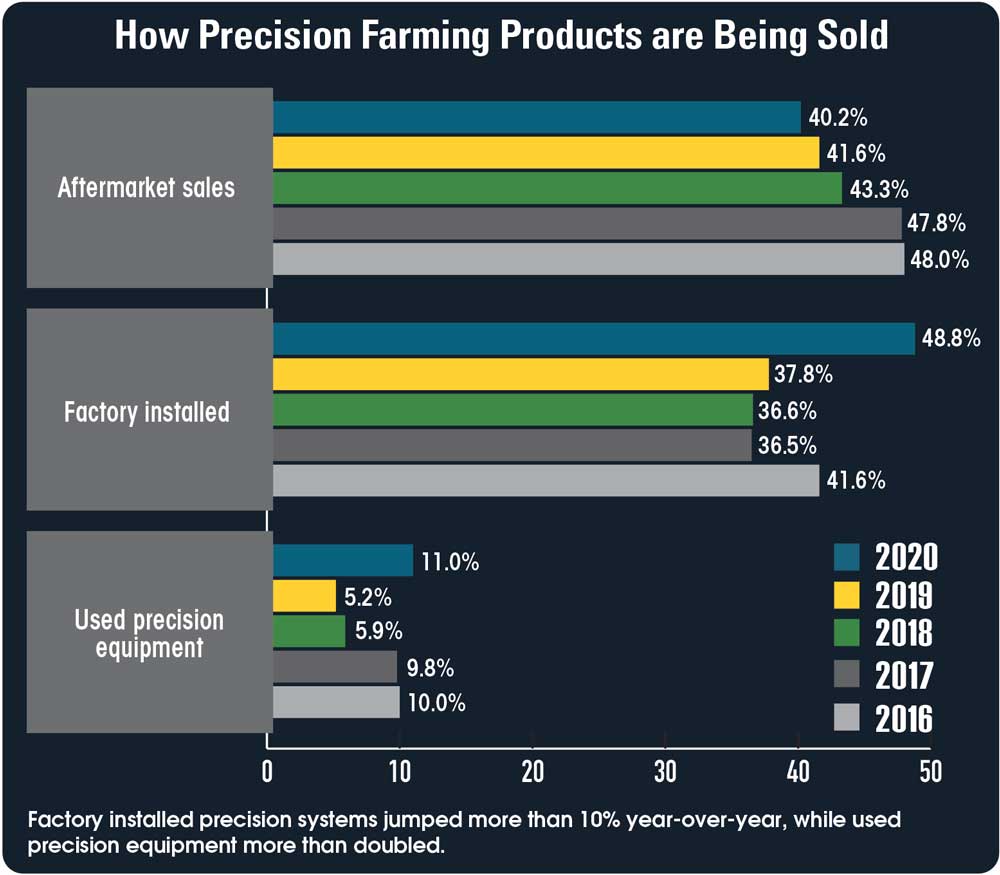 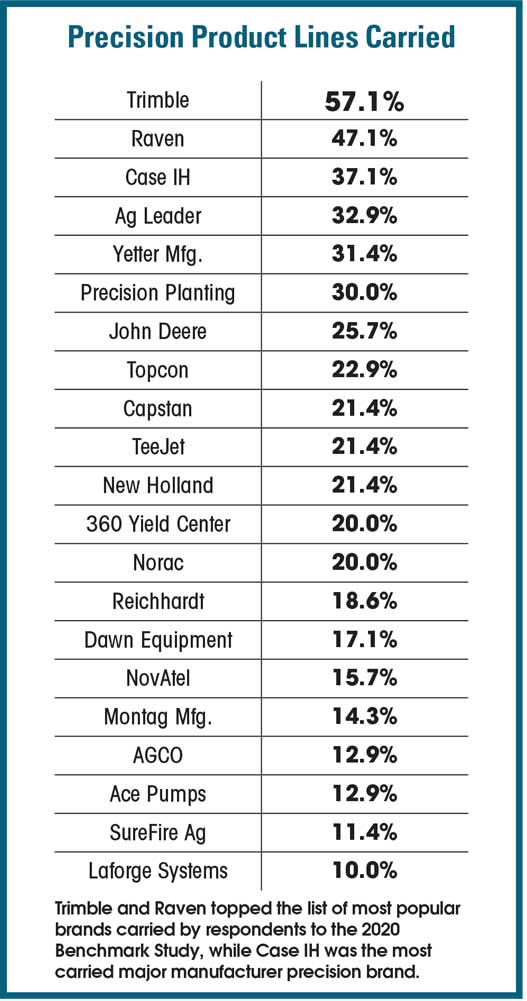 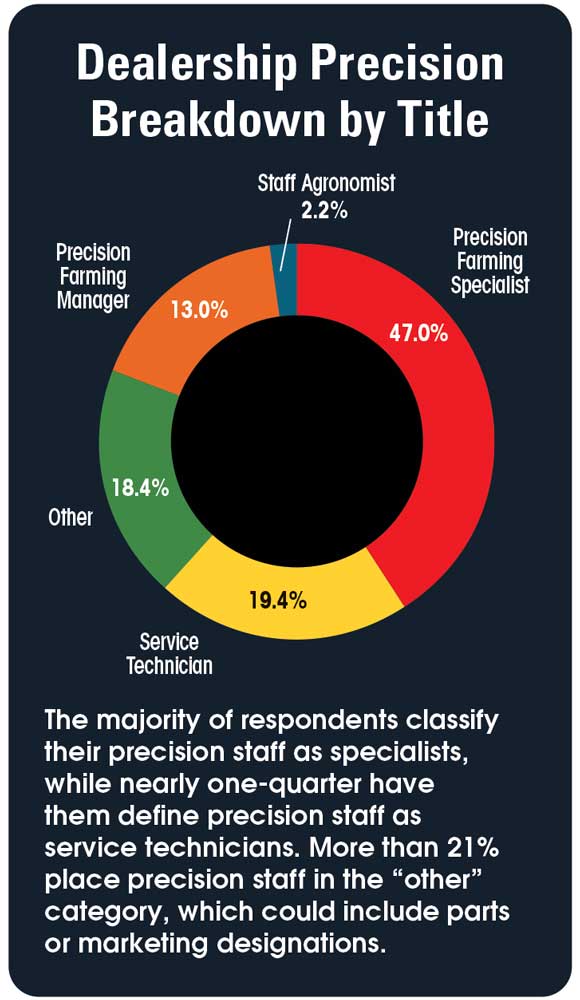 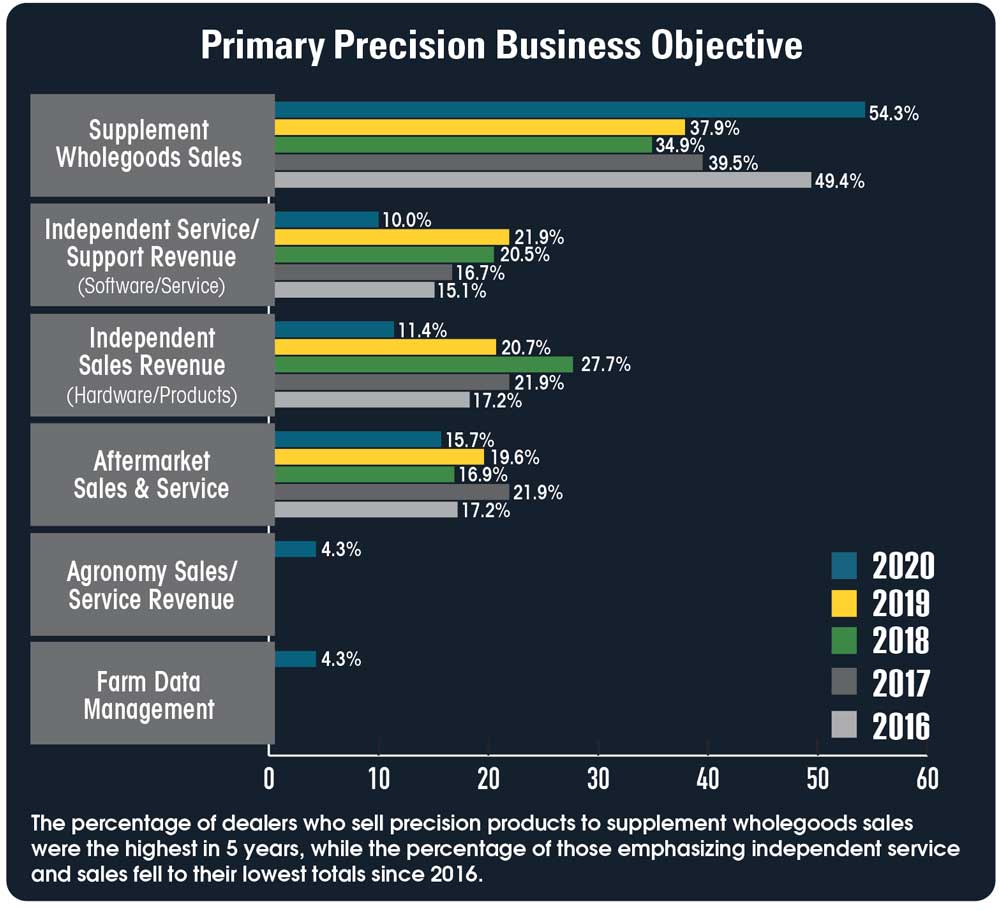 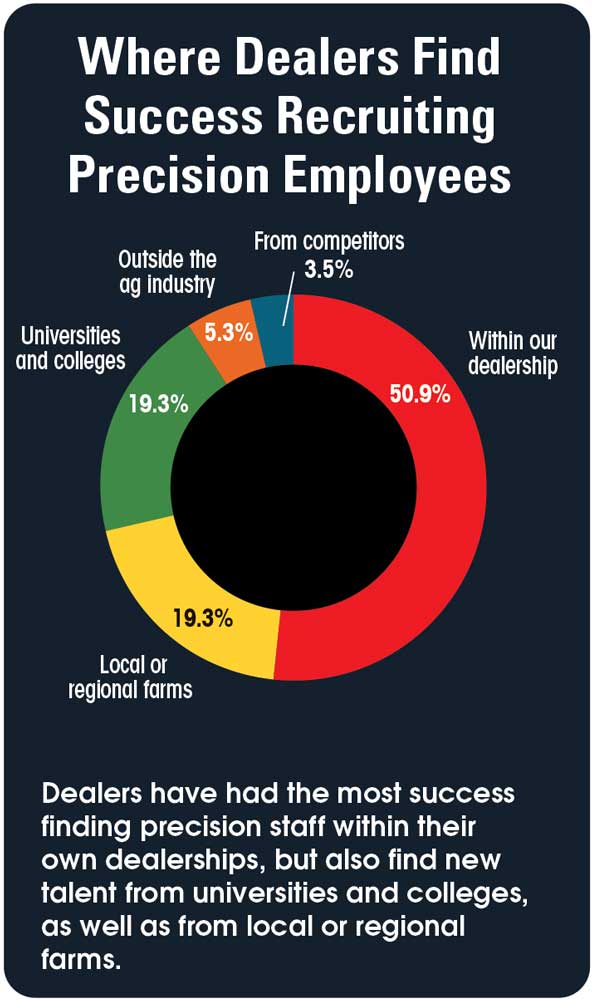 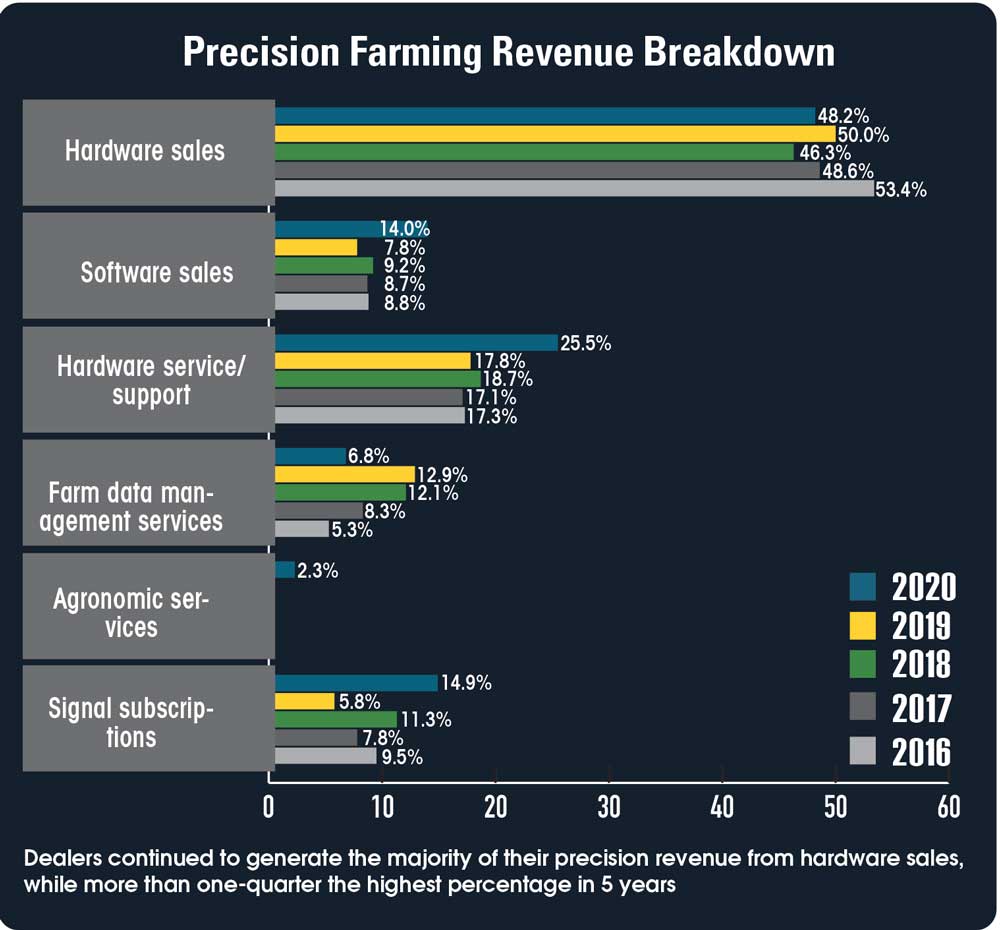 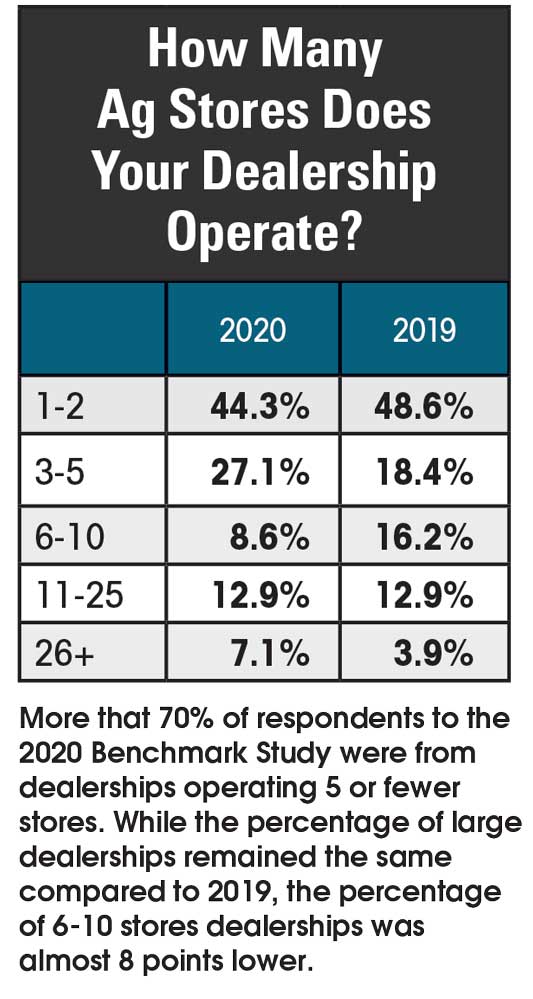 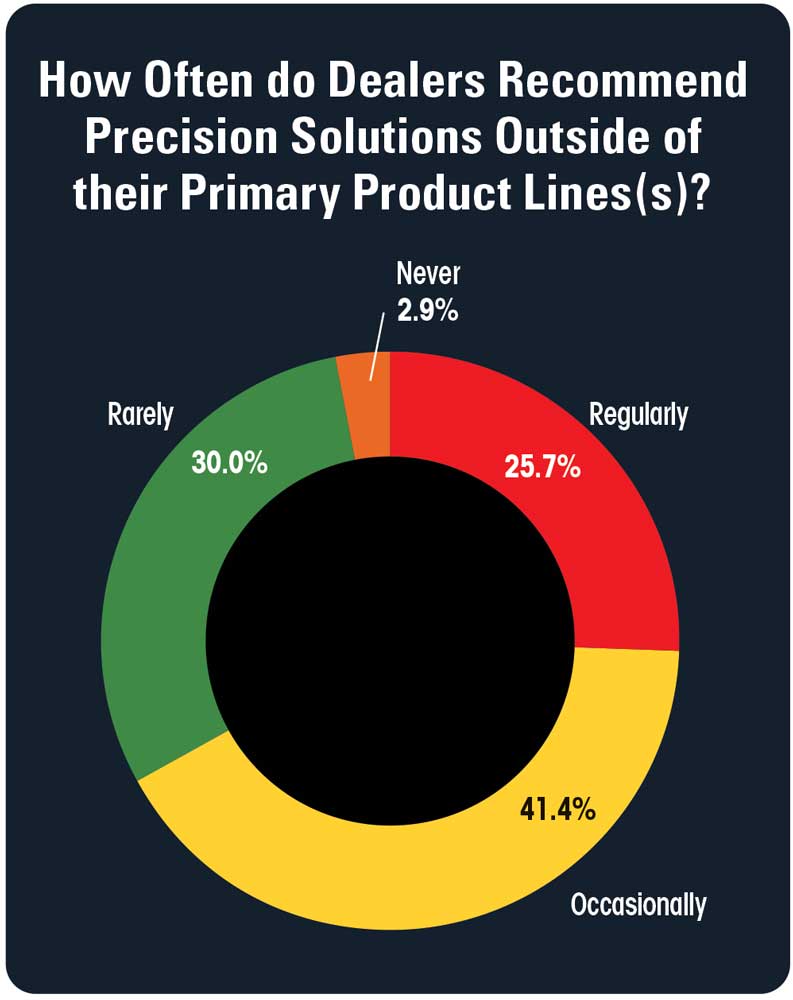 Day in the Cab: Staying Organized with an Evolving 'To Do' List