Hutson Inc., a John Deere dealership with 30 locations in Indiana, Kentucky, Michigan and Tennessee, is looking beyond the farm for its newest hires.

The dealership started an internship program to train people without a background in agriculture to become sales representatives. The interns learn about the industry and get hands-on experience working with the products they’ll eventually sell.

“We’ve kind of gotten away from an apprenticeship-style model in this business, and it feels like, in some ways, that was a mistake,” says Karl Huebner, vice president of precision ag for Hutson. “It’s time to get back to some of that, especially when there’s incredibly qualified, incredibly good people in other industries and roles.”

The internship program also ties into Hutson’s goal of mainstreaming precision, following suit with the mainline it carries.

Hutson models its internship program after an apprenticeship. The intern is paired with a precision product specialist for a full crop cycle before transitioning into sales or aftermarket work.

During that time, the intern will watch the specialist address AMS issues, product failures and customer support inquiries on every product line that Hutson carries. Eventually, the intern will take the reins and troubleshoot some of the issues under the precision specialist’s guidance. 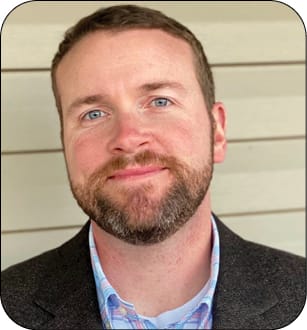 “When they drop into the sales world, they’ll be some of the most advanced salesmen we’ve got as far as their product knowledge …”
– Karl Huebner, Integrated Solutions Manager

The goal is to build the intern’s confidence while setting them up for success in a sales role upon completion of their internship. The product specialists and managers overseeing the interns are careful about not putting them into sales and pressing them for results before the interns understand the products and the culture of the agriculture industry. That may mean an internship extends past a year if necessary.

“We’re putting them through the fire right now, and we’re mainstreaming them in,” Huebner says. “That way, when they drop into the sales world, they’ll be some of the most advanced salesmen we’ve got as far as their product knowledge.”

The dealership has always had interns in some capacity, but its current program better leverages an intern’s desire to learn and each individual’s work ethic.

“Ultimately what it came down to is an understanding that if we ran across young professionals who had an ability to speak to customers, be presentable and seemed like they had integrity and excellence in the field, we would invest in them and give them the opportunity to become professionals within our organization,” Huebner says.

Hiring Outside of Ag

It gets continually more difficult for Hutson — and many dealerships — to find people with direct ag experience or familiarity with Deere beyond knowing that it makes green tractors.

That was the case with Andrew McAllister and Connor Smith, both of whom are interning with Hutson. McAllister graduated from Middle Tennessee State University in 2020 as a certified athletic trainer. He’s always been interested in agriculture, but he never had enough exposure to the industry to know that it encompasses jobs beyond just being a farmer. 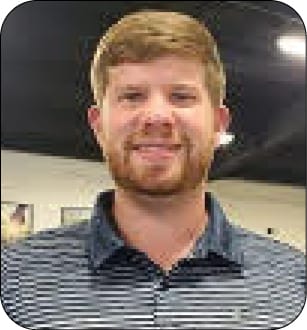 “I’ve seen these problems in the real world, and now I’m getting down to the nitty-gritty of what exactly causes those problems …”
– Connor Smith, Integrated Solutions Intern

After spending some time in the medical field, McCallister decided to pursue his agriculture interests and enrolled in a master’s program at Murray State University in Kentucky. Someone with the university told him about the internship at Hutson, and he decided to apply.

“There’s really not many opportunities around to get into ag if you don’t have any experience at all,” McAllister says. “Luckily, Hutson has this nice model where they’re trying to find people with similar experiences outside of ag who could excel once they start learning ag.”

Smith didn’t grow up on a farm either, but he had friends who got him interested in agriculture before college. He went on to study agriculture economics at Western Kentucky University and graduated in December 2020. Internships were hard to come by, and he saw Hutson’s program as an opportunity to increase his knowledge and his chances for success down the road.

“It’s helping me learn from the ground up,” Smith says. “I’ve been out in the field most of the time, so I’ve seen these problems in the real world, and now I’m getting down to the nitty-gritty of what exactly causes those problems and how they can be fixed in a multitude of ways.”

Having interns work with product specialists solves a problem that Hutson has encountered as it’s trying to mainstream precision farming. Huebner says some sales professionals don’t have the want or drive to learn new products, and bringing on sales people who already have hands-on experience with precision equipment eliminates the issue entirely.

“We believe these people have the ability, integrity and the work ethic, and all it’s going to take as an investment from us,” Huebner says. “They’re learning from the best of us, and they’re not just riding with them, but they’re actually doing tasks for them.”

Managers track what tasks interns have completed with the product specialists and keep a progress report to ensure that the intern is doing more than just filling a passenger seat. McAllister sees the practical benefits to the customer of completing this type of training before becoming a sales rep for the dealership. 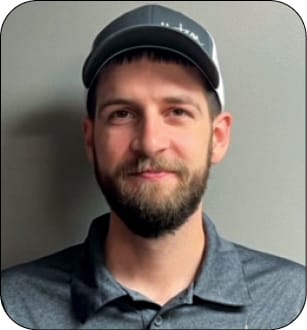 “It’s a great thing that Hutson is doing in training us under a product specialist and then releasing us out into the sales force …”
– Andrew McAllister, Integrated Solutions Intern

“If a tech’s busy, I can expedite the process and get them up and running as soon as possible,” McCallister says. “It’s a great thing that Hutson is doing in training us under a product specialist and then releasing us out into the sales force.”

Both McAllister and Smith say they appreciate the willingness of their managers to teach them not only about the products they’re working on, but also the basics of the agriculture industry.

“I’ve learned don’t be scared to ask questions,” Smith says. “Like I said, I don’t have a big background in this field. Asking questions is one thing that I’ve been encouraged to do and have gotten a lot more comfortable with.”

Huebner says he’s glad the interns realize that Hutson is willing to take the time to develop their skills if they share the company’s core values and have a drive to learn.

“Good people are hard to find, and you have to really invest in them when you have them,” Huebner says. “That’s what we’re trying to do. I’m not saying we have it 100% figured out, but I’m saying that we’re ever vigilant to become better and better at investing and putting depth in our people. I really believe that’s the path to success.”

Succeeding with Interns from Outside of Ag

Karl Huebner, Andrew McAllister and Connor Smith talked with Kim Schmidt, executive editor of Precision Farming Dealer, about Hutson Inc.’s internship program. To hear more about how the company set up the program and the interns’ trajectory with the company, visit
www.PrecisionFarmingDealer.com/podcast.

Michaela Paukner is the associate editor of Strip-Till Farmer and Precision Farming Dealer. Her previous journalism experience includes working as a reporter for a legal magazine and as a producer for two Wisconsin TV news stations. She has also worked with clients across the globe as a freelance writer and marketing consultant, and as a brand manager for a Wisconsin-based boutique marketing agency. She's a graduate of UW-Green Bay.

How Can Dealers Solve the Precision Pain Points of Farm Customers?

Moving the Conversation Beyond the Metal