By Jack Zemlicka posted on June 10, 2016 | Posted in Dealer Development

At the pinnacle of the precision farming boom, technology specialists were in high demand, while supply was relatively low.

But as the farm machinery market has slowed, so too have precision hiring plans for most OEM dealers according to Ag Equipment Intelligence’s 2016 Dealer Business Outlook & Trends report.

In this video, we take a closer look at the trends in precision hiring for dealers over the last several years broken down by major OEM.

Watch the full episode of 'On The Record'

In 2013, more than 54% of John Deere dealers planned to add specialists to their precision farming departments, compared to about 17% in 2016. Looking at the same 4-year window, precision hiring plans for Case IH dealers declined 30%, AGCO dealers by 21% and New Holland dealers by 17%, according to the Outlook & Trends report.

Overall, precision hiring plans by North American OEM dealers fell from a 5-year high of 28% in 2013 to a low of 13% this year.

But the one exception to the downward hiring trend is Kubota. The manufacturer made news with its recent acquisition of Great Plains and appears poised to become more of a player in the precision farming market.

According to the Outlook & Trends report, nearly 24% of Kubota dealers plan to hire precision specialists in 2016, the highest of any of the major OEMs. The percentage is especially noteworthy given that in 2013, only 6% of Kubota dealers planned to hire precision specialists and 5 years ago, there weren’t any according to the Outlook & Trends report. 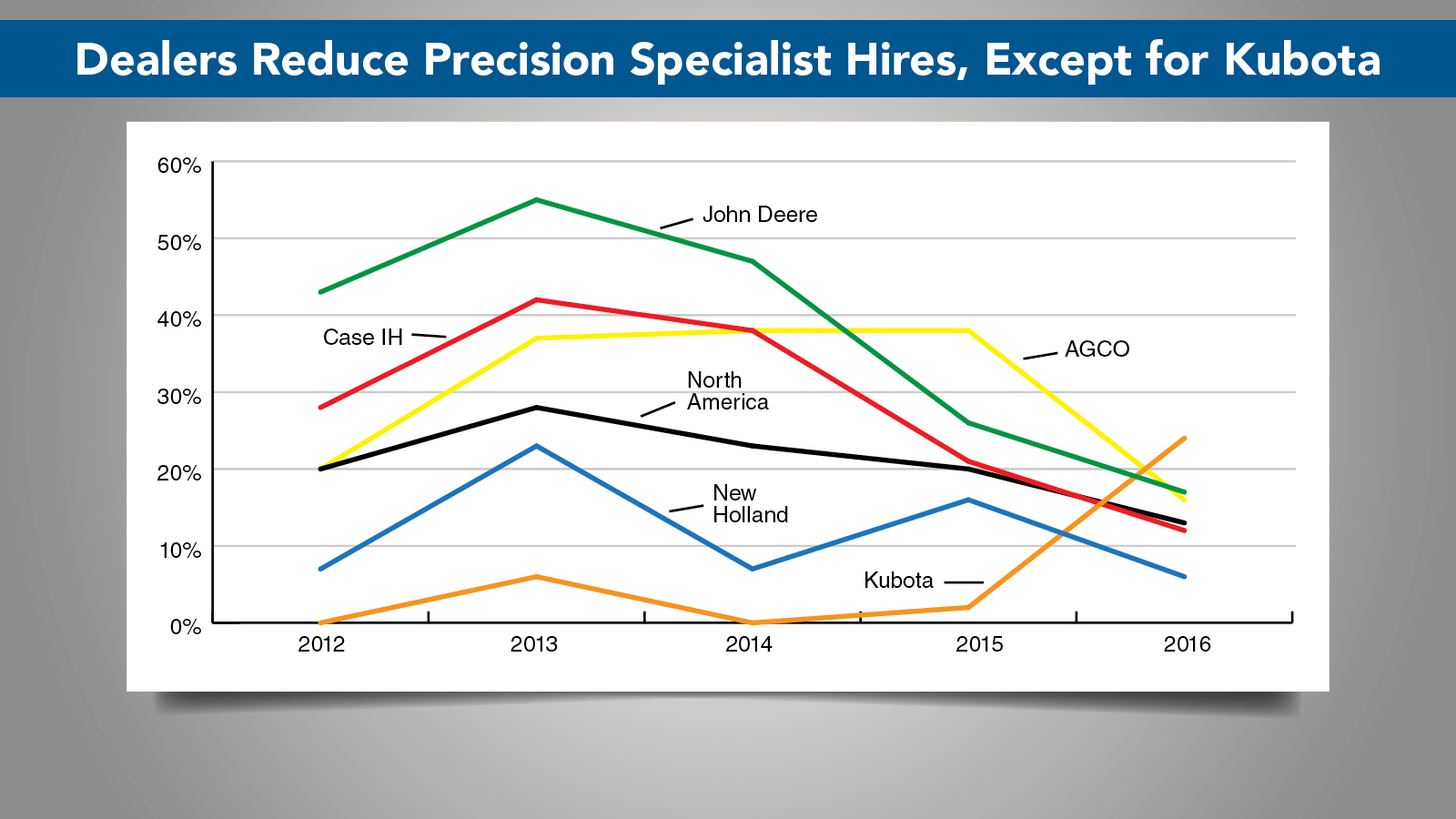