In case you missed Commodity Classic this past week in Anaheim, here are some of my observations on the ag tech scene from the trade show floor. 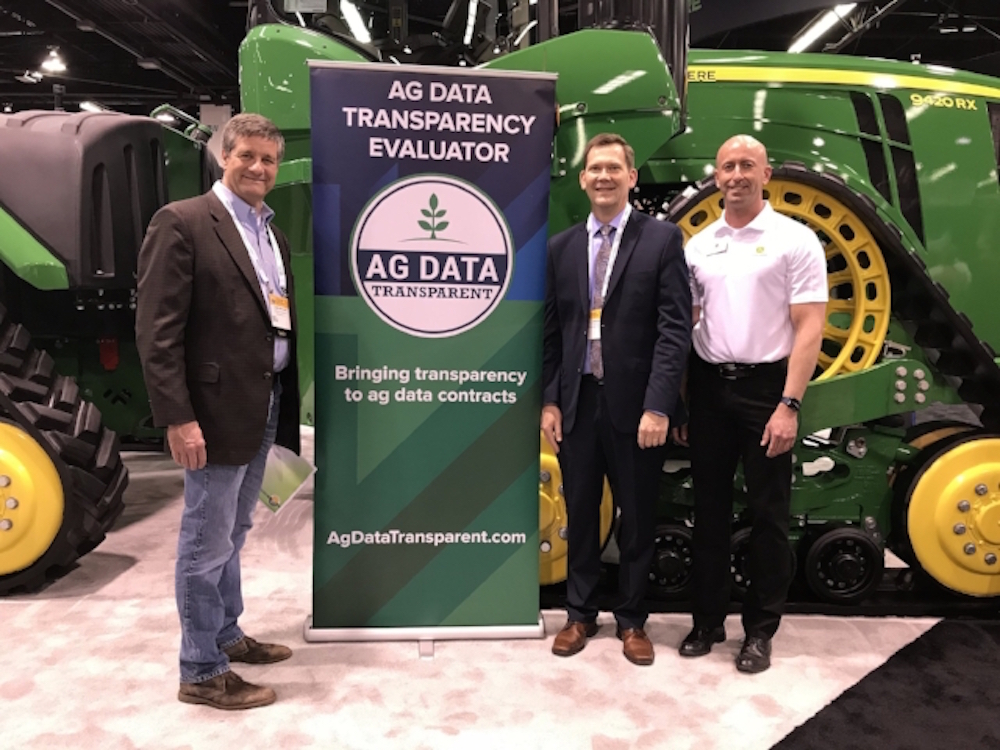 John Deere built an enormous trade show booth with multiple video screens celebrating 100 years of building tractors. Of course, the latest green iron was displayed too, as were numerous monitors explaining Deere’s tools for collecting and using ag data. Speaking of ag data, John Deere also showcased the Ag Data Transparent banner in its booth. Congrats to Deere on completing this certification. Read more about it from various news outlets that covered the story.

It’s clear to me that FBN has moved past the start-up phase and is now an established ag data company and ag retailer. Its well-staffed booth was always buzzing with demonstrations to new members. I think two things really help FBN draw a crowd at trade shows. First, FBN's product offerings lend themselves well to in-person demonstrations on computer monitors. Second, the initial threshold to become a member is low. While many ag data platforms have per-acre pricing models, FBN has stuck with the flat-fee model. It is noticable that FBN draws a younger demographic than many other booths. Co-founder Amol Despande remarked that FBN signed up 174 new members with a combined 656,000 acres at the show.

Although tucked away at the opposite end of the trade show and out of the traffic patterns, Grower Information Services Corporation (GiSC) made big news that should not be overlooked. GiSC signed partnership deals with Main Street Data and IBM. Main Street brings an established database of ag data to GiSC’s existing platform. IBM brings the power of Watson to ag data analytics. GiSC has announced a series of coming improvements based upon the work from these two partners, including the “Validator,” an ag data benchmarking tool. Read more here from Precision Ag.

Nearby FBN was Farmer’s Edge, and its booth also drew a lot of activity thanks in part to farmer-celebrities Rob Sharkey (“Sharkfarmer”) and Derek Klingenberg (“Farmer Derek”). The satellite on display helped too. Farmer’s Edge seems to be ahead of the competition on integrating satellite imagery into their platform. Farmer’s Edge continues to have an enormous trade show presence. 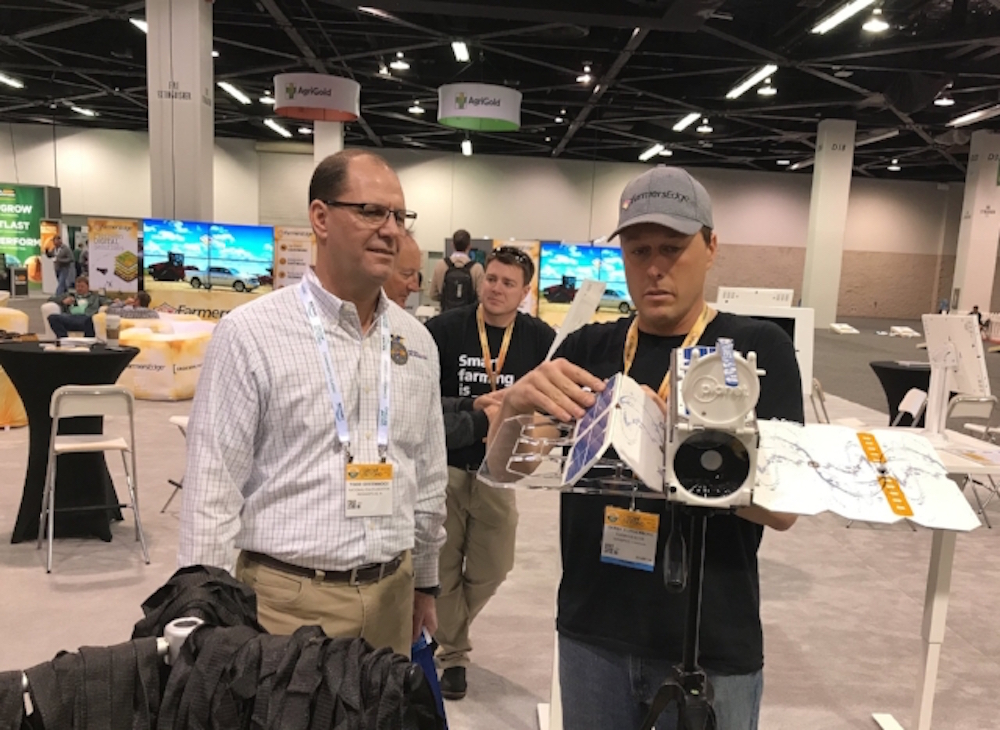 Dow DuPont announced the day the show began that its crop protection division would be rebranded “Corteva” (pronounced Core-Teh-Vuh). In the past, DuPont's ag data platforms Encirca and Granular would both have booths at Commodity Classic. Neither had its own booth this year. From what I could tell, these two ag data platforms’ presence was dwarfed by the Corteva rebranding exercise.

TopCon had a nice display to promote TAP, the TopCon Agricultural Platform. TAP is another effort to bring order to order to the chaos that comes from using multiple ag data collection points and trying to connect those to cloud. It is interesting to see TopCon expand from a sensor and precision ag hardware company to an ag data platform company. Welcome to the cloud!

It was great to see Conservis at the trade show. Many Midwestern ag-tech companies sat out this Commodity Classic trade show (I speculate due to the long distance to Anaheim). Conservis, travelling from Minnesota, was there with a medium-sized booth to promote its FMIS platform. Conservis was one of the few Ag Data Transparent companies with a booth at the trade show. 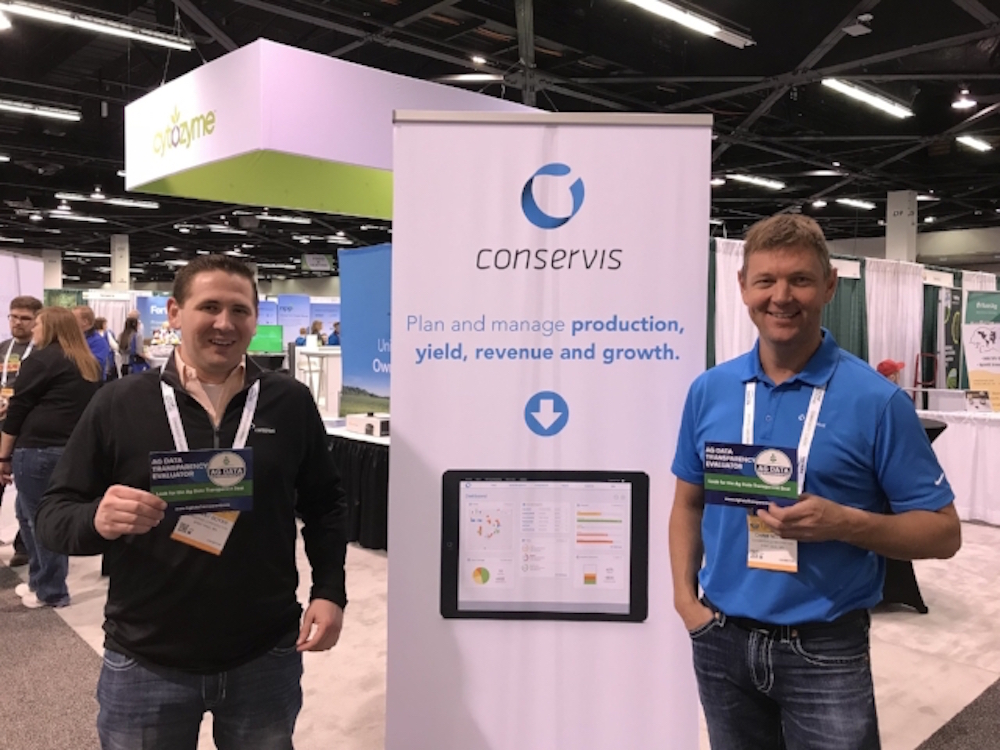 Finally, the trade show continues to have many small companies with one-off ag-tech innovations. I love walking around the trade show to see all of the new ideas. There are too many vendors to list here, so I will leave it at this: Depressed commodity prices do not seem to depress innovation in ag tech.

Overall, my big impression is that in the horse race to collect ag data, the herd is continuing to thin. There are not as many companies aggressively wooing farmers to move their ag data into their cloud as I saw two years ago at Commodity Classic in New Orleans.

Still, there were many other ag-tech companies at the trade show, so do not take my list as exhaustive or assume that my omission here has any significance. But if I did miss something important, be sure to leave it in the comments below or send me email and I’ll make sure to stop by your booth to see what’s new, next year.

Reflections on Year One

When Your Ag Tech Provider is Sold, What Happens to Your Ag Data?