AgJunction announced the acquisition on Oct. 8. The company plans to hold a special meeting for shareholders in November to seek approval for the acquisition, and the transition would likely close shortly after approval.

In a statement, Lori Ell, chair of AgJunction’s board of directors, said,

“The Transaction is expected to accelerate the execution of AgJunction's business plan, enhance access to additional customers and markets, provide efficiencies from greater scale and allow the opportunity for the retention of many AgJunction employees in the go-forward entity."

AgJunction’s board of directors determined that the acquisition was a good strategic move for the company as it’s faced with a competitive landscape that demands tighter vehicle integration and large-scale distribution.

The acquisition also fills a gap for Kubota acknowledged by its Director and Executive Vice President Masato Yoshikawa at a recent earnings meeting. He said the company was “a little behind” its overseas competitors in smart farming and automation initiatives. 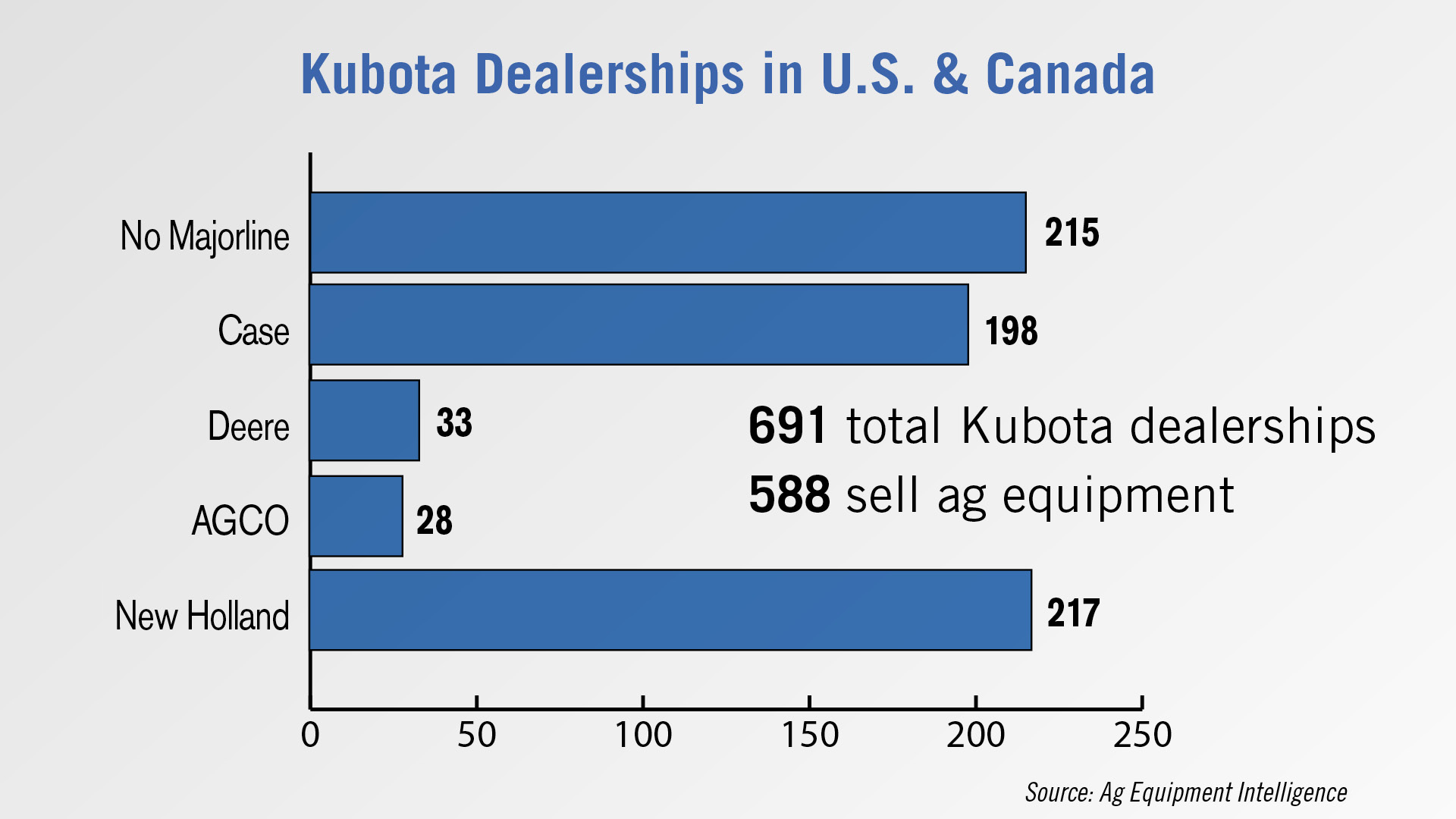 An Ag Equipment Intelligence review of the 691 Kubota dealerships in the U.S. and Canada reveals about 69% of those dealers also carry a major line and about 21% also carry a precision brand.

This data points to potential for the large-scale distribution that AgJunction’s board viewed as vital for success in ag equipment automation. It also gives Kubota the opportunity to directly compete with some of the majors’ offerings in the precision ag equipment space.

Leo Johnson, president of the 5-store dealer group Johnson Tractor in Wisconsin and Illinois, says the acquisition announcement is great for Kubota dealers. He says, quote

“Kubota saw that they had a precision farming gap and did something about it. Not by forming a ‘strategic alliance,’ but getting out their checkbook and buying a company.”

The acquisition is the next chapter in the companies’ shared history. In 2019, AgJunction sued Kubota and several of its subsidiaries for patent infringement related to automated machine control and implement steering.

The lawsuit settled in October of 2020, and at the time, the parties agreed to begin discussions about AgJunction supplying or developing autosteer and autonomous solutions for Kubota products worldwide.

Michaela Paukner is the associate editor of Strip-Till Farmer and Precision Farming Dealer. Her previous journalism experience includes working as a reporter for a legal magazine and as a producer for two Wisconsin TV news stations. She has also worked with clients across the globe as a freelance writer and marketing consultant, and as a brand manager for a Wisconsin-based boutique marketing agency. She's a graduate of UW-Green Bay.

Kubota to Acquire AgJunction in All Cash Deal