Precision Farming Dealer editors encounter a variety of articles, social media posts, podcasts and videos that offer a unique look at various aspects of our great agricultural industry. Here is our favorite content from the past week:

Best of the Web This Week is brought to you by Salford Group.

As global leaders with the widest range of spinner spreaders and air boom applicators in the industry, Salford Group has got you covered. Backed by over 400 application-specific dealers, eight North American parts distribution centers and revered in-field application support, we’re the partners you need to make your business as productive as possible.

Deere VP of Autonomy: Fully Automated Farm Will Arrive ‘Before the End of the Decade

Jorge Heraud, John Deere’s VP of autonomy and automation, made the prediction that the fully automated farm of the future will arrive before the end of the decade, reports The Next Web in an interview published April 22. The article argues that Deere is slowly becoming one of the world’s most important artificial intelligence companies and points out that Deere sowed the path to modern autonomous vehicles decades ago through a partnership with NASA that resulted in the world’s first Internet-based GPS tracking system. 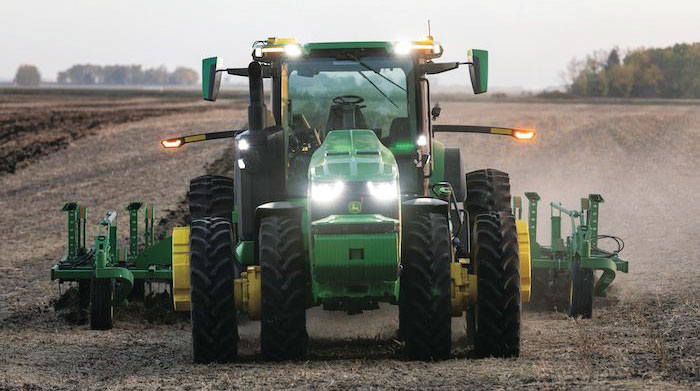 Executives at organizations of all sizes often assume their managers are proficient at rolling out changes with their teams, but that’s not always the case. In this article from Ag Innovator, a professor of executive education explains 3 critical skills managers need to master to succeed in their roles: Identify what kind of team they’re leading, establish clear goals and give feedback to teams. 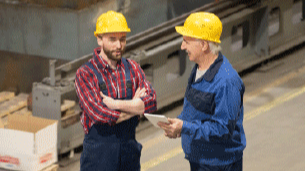 Earth’s commercial agriculture is visible from space, so why wouldn’t large-scale operations on other Earth-like planets be, too? In this article from Astronomy, researchers explore how space telescopes like the James Webb could pick up signs of “ExoFarms” based on what scientists know about the impact of commercial agriculture on Earth's atmosphere. 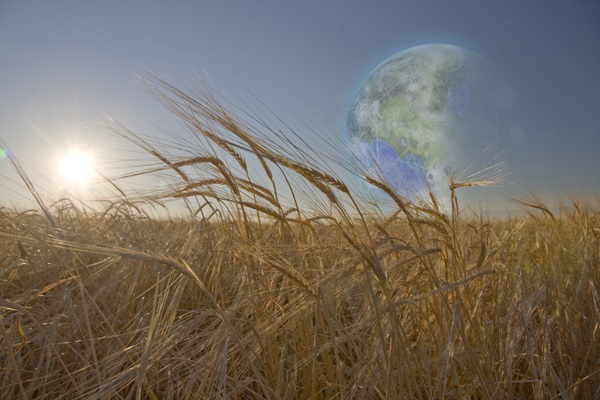 Odds Are You’ve Never Seen This on a Planter

Here’s something you’ve probably never seen before (unless you’re in the trenches of #agtwitter every day). Kyle Zarate tweeted this photo of a sweep that perfectly picked up a double sickle bar guard … or at least that’s what it appears to be. Who knows, we may be looking at a future 360 Yield Center design … or cake. It is social media after all.

Well the rain amounted to nothing so pitter patter, back at er! While fueling and changing some sweeps, I find this… Crazy how a sweep, ripper point or NH3 knife will perfectly pick things up!!! pic.twitter.com/mqJyGIQg6X

In this YouTube video, Eric, aka the 10th Generation Dairyman on YouTube, shows the installation, programming and operation of 2 robot manure scrapers in a freestall cow barn at his southern Pennsylvania operation.


Is there something you want to share in "This Week"? Send us an email.

More from this series

Best of the Web This Week is brought to you by Salford Group.

At Salford Group, we have range - in our product lineup and when it comes time to apply. As global leaders with the widest range of spinner spreaders and air boom applicators in the industry, we’ve got you covered. Salford’s BBI and Valmar applicators are proven over millions of acres and range from simple, durable fleet spreaders to precision, variable rate machines engineered for high acreage, custom application. Backed by over 400 application-specific dealers, eight North American parts distribution centers and revered in-field application support, we’re the partners you need to make your business as productive as possible.

Click here to view past "Best of the Web This Week" updates.

Precision Farming Dealer's Best of the Web: Week of April 6, 2022