Home / Blogs / From the Virtual Terminal / Case IH's Autonomous Tractor: What are the Legal Hurdles?

Case IH's Autonomous Tractor: What are the Legal Hurdles?

By Todd Janzen posted on September 23, 2016 | Posted in Product Innovations 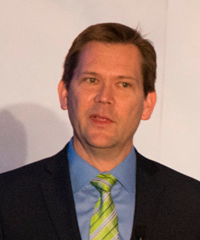 Editor's Note: Todd Janzen, attorney at Janzen Agricultural Law in Indianapolis, grew up on a Kansas grain and livestock farm and now practices law at the intersection of ag and technology. Todd is chair of the American Bar Association’s Agricultural Management Committee and authors a blog addressing legal issues facing agriculture. You can see more posts from Todd at JanzenAgLaw.com.

Case IH unveiled its first autonomous tractor concept at the Farm Progress Show. Driverless tractors have been in the news lately but this is the first serious concept we have seen from one of America's big equipment manufacturers. The machine looks great, and Case IH is serious about testing the waters based upon their online survey, but from my standpoint the big questions here are legal.

Really, it comes down to one word.  Liability.

The technology already exists for autonomous (or remote) farming, but what happens when something goes wrong? Is the tractor owner, the operator, or the manufacturer liable? This is the legal question the law has to sort out.

Tesla is giving us some ideas about how this issue will play out. There have already been a couple of incidents where a collision has occurred while a Tesla car is in “autopilot” mode. In these instances, the vehicle owners (or their loved ones) have argued that software glitches caused a malfunction. Tesla, meanwhile, pulls the data from the vehicle and then reports “what really happened” according to its onboard data.

Regardless of the outcome of any lawsuit, the Tesla autopilot crashes show the way autonomous tractor crashes will play out in court: manufacturer vs. owner. Juries will decide who is at fault, unless the vehicle owner signs away their right to contest liability when purchasing the vehicle or tractor.  Read those contracts carefully.

The Case IH promotional video explains one of the biggest challenges facing autonomous farm vehicles: they are not only used in the field but must also get to the field. That means that autonomous tractors must be able to traverse highways and backroads used by cars and trucks in addition to performing their in-field tasks. Google, Tesla, Ford, and other auto manufacturers are working to solve these challenges. I suspect we’ll be ready for autonomous cars long before we see driverless tractors on the road.

The reason is that autonomous cars always have a passenger on board who can hit the breaks or hit the “off” button when something goes wrong. In contrast, the whole point of autonomous tractors is to remove humans from the machine.

Still, the promise of using a second autonomous tractor in the field while a piloted tractor is working nearby — like a second farmhand — seems like reality not that far away.  Great job Case for bringing driverless tractors to the front page.