Progressive farmers continue to bend the ag tech adoption curve, and despite a challenging economic climate, global outlook for adding precision products in 2021 is generally strong.

Preliminary results of the 13th annual No-Till Operational Benchmark Study, with more than 800 U.S. and international farmers participating, reveal some global similarities and stark differences in planned use of precision tools in 2021. 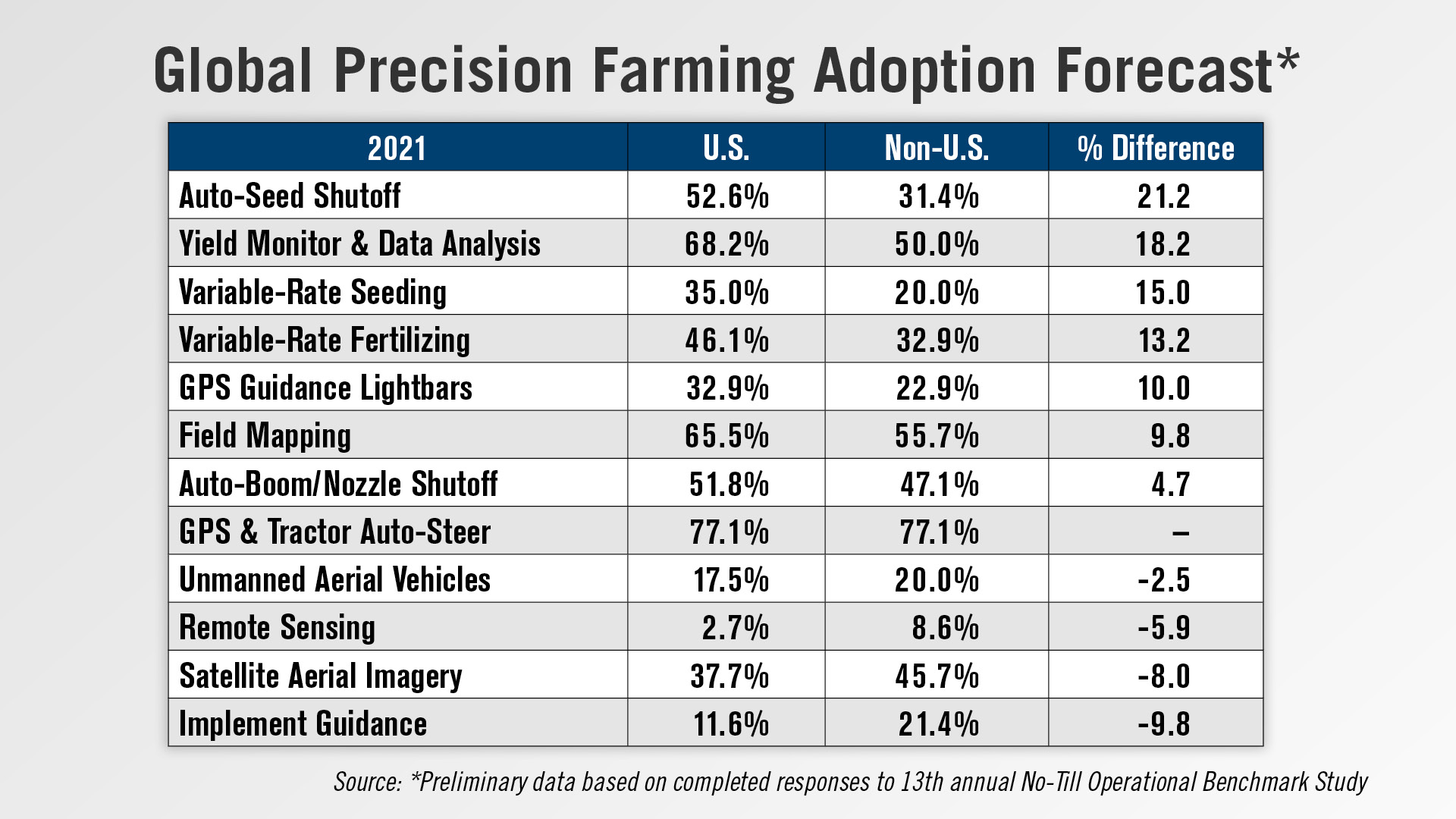 While auto-steer is a universal staple on farms, with 77% of all respondents planning to use the technology this year, U.S. farmers had a higher percentage of expected use of 7 of the 12 precision tools listed in the study.

There were also double-digit variances in forecast use of variable-rate seeding and variable-rate fertilizing by U.S. farmers compared to those outside the country.

However, the initial benchmark study results also reveal some areas where international farmers are trending ahead of those in the U.S. Specifically, planned use of satellite aerial imagery and unmanned aerial vehicles is higher among non-U.S. growers, along with remote sensing.

The largest divide was in the expected use of implement guidance by non-U.S. farmers, 11 percentage points higher than U.S. farmers according to the study.