By Jack Zemlicka posted on September 23, 2015 | Posted in Service & Support 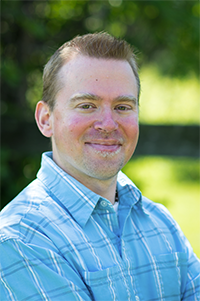 As yield monitors — hopefully, properly calibrated ones — are starting to get their annual workouts, the odometers on precision service trucks are going to be equally active. Many specialists have already multiplied their mileage by the hundreds, working to update firmware or troubleshoot in-field problems for farm customers.

But there is ongoing movement toward more efficient, and ideally more profitable, remote support options. Throughout the last several months, dealers I’ve had the chance to visit or interview have cited telematics as a high priority to increase precision service revenue and performance in the future.

One precision specialist in central Illinois said remote service is a “virtual game changer” in terms of the dealership’s ability to increase its support volume and service revenue. “The ability to essentially have a mobile office allows us to be more productive, especially during those peak service seasons,” the specialist says.

And looking at the results from our 2015 Benchmark Study, telematic support was one of the biggest year-over-year climbers on the list of precision services being offered by dealers. Remote service jumped from 56.3% in 2014 to 66.7% this year, as dealers continue to offer more cloud-based and wireless solutions to customers.

I wouldn’t be surprised to see this percentage increase next year, especially as the major farm equipment manufacturers push to further develop these technologies. As reported in our sister publication, Ag Equipment Intelligence’s, September issue, investment in telematics emerged as a top trend at this year’s Farm Progress Show in Decatur, Ill.

In visiting with three major equipment manufacturers at the show, Morningstar equity analyst Kwame Webb noted that telematics continues to be a focal point for major tractor makers, despite a lack of quantifiable data on the projected economic payback.

More specifically, Webb said he was surprised when John Deere revealed that its telematics research and development spending is equivalent to what it is spending on large tractor R&D. “This is noteworthy, as Deere’s large tractors are traditionally its highest margin products,” Webb said.

And although emphasis has been placed on equipment compatibility, it appears that some manufacturers are pursuing more proprietary designs with telematics, according to Webb. Strategies for both Deere and Case IH trend toward developing platforms that “attempt to keep incumbent product buyers in their product ecosystems.” AGCO is angling toward a more “open solution” to attract more brand-agnostic buyers, notes Webb.

It will be worth keeping an eye on how these different approaches impact dealers’ integration and expansion of remote service offerings in the future, and to a greater extent, adoption by their customers.

Day in the Cab: Lending Technology to Keep Customers Moving

[Podcast] Moving from Dabbling to Dedicated with a Precision Farming Business